A rich source of humor for plant jokes comes from scientific names. You can play with both the English and Latin names.

1) What do you get from eating too much milo? 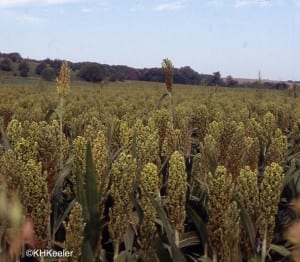 2) Why are waterweeds so friendly?
A: They always say Elodea.

3) Who laughs at Calamus jokes?
A: Somebody with a rattan sense of humor.

4) Why did the conservative professor keep postponing his lecture on Juncus?
A: Because he wanted to keep his students in “rush limbo”.

6) Did you ever wonder: is the transfer of so many species from Aster to Symphyotrichum a form of dis-aster. 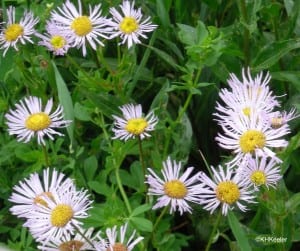 8) Is a Kalmia that tolerates the climate of British Columbia winters both laurel and hardy?

9) If you cross a Philesia with a windflower, will it be a friend or Anemone?

10) Why did the cool botanist study Hibiscus?
A: He wanted to mallow out.

11) What did the botanist use to make a fishing pole?
A: Basswood

12) How do you groom a Salvia?
A: With a sagebrush (Artemisia)

14) How do you deodorize skunk cabbage plants (Lysichiton)?
A:You need to arum out!