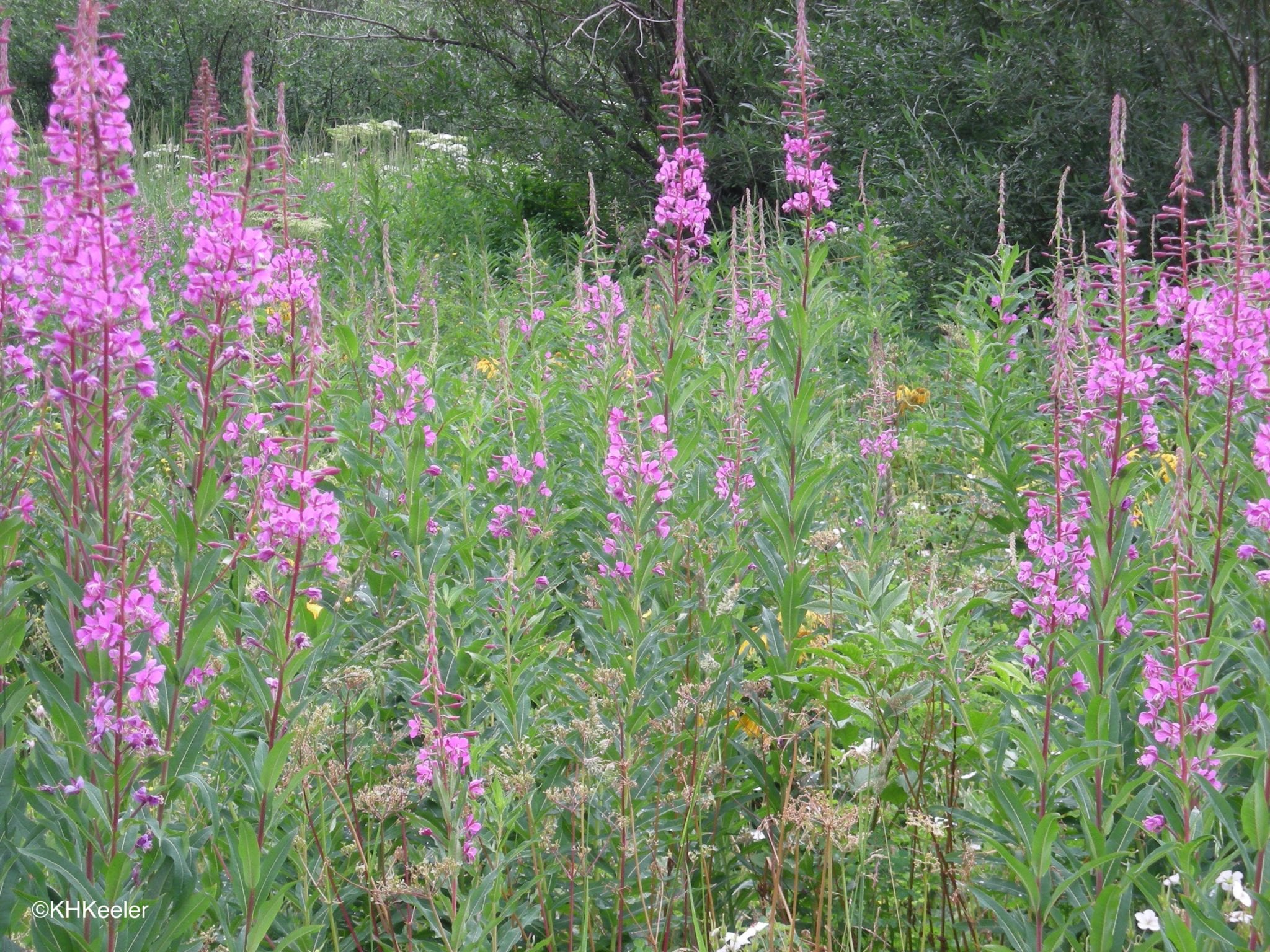 Last week I gave a talk about the plants of Rocky Mountain National Park at the Loveland Museum/Gallery as part of the Museum/Gallery’s celebration of RMNP’s 100th year.

It seems to me that public speeches that run more than half an hour ought to include humor.

But I talk about plants.

And yet, it is not that plants aren’t funny: everything in life has funny angles.

So here are my jokes from last week. I will post other plant jokes here as I find and organize them. If you think mine are weak: top them! 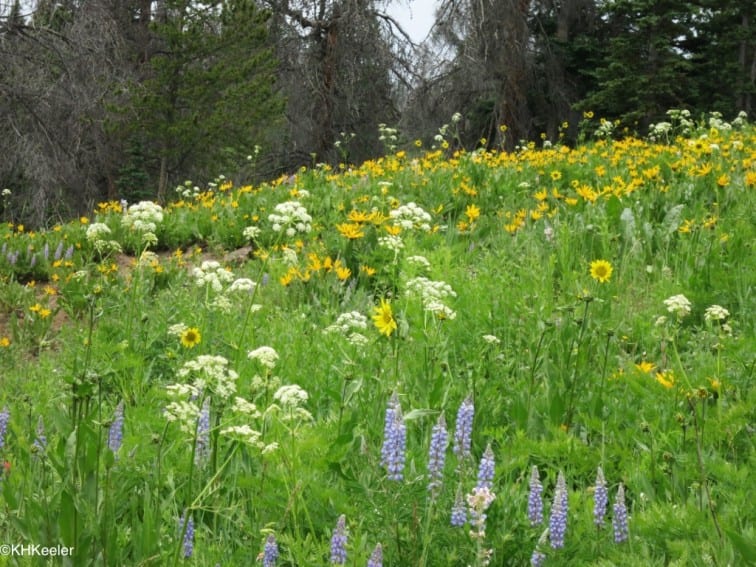 2> Why are do unicorns paint their horns pink?
So they can hide in the fireweed patches. 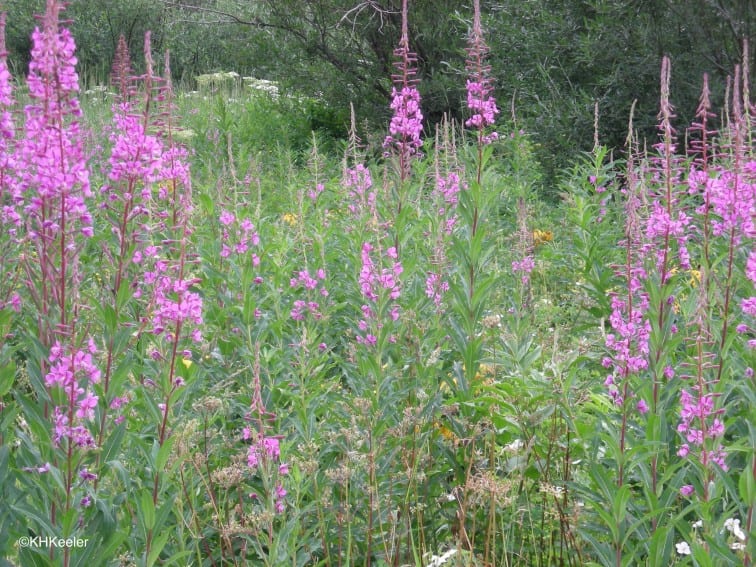 Have you ever seen a unicorn in a fireweed patch?
Works really well, doesn’t it?

3> The volunteer naturalist found the two easterners climbing around on slope just above the east entrance to Rocky Mountain National Park, apparently looking for something.
“Can I help?” she asked.
“We wanted to see a red columbine like the ones back home,” the man said, gesturing to a photo in the plant guide book.
“Those grow shade of the forest on the Western Slope, why are you looking here in the open of the eastern side of the Park?”
“Yeah,” the visitor nodded, “we read that too, but the parking is much easier here.”

4> Camping in the Park, the mother assigned her teenage daughter, who, focused on her cel phone, declined to join the family hike, to make “gold soup” for dinner. Then the family hiked away, leaving the teen in camp. As afternoon cooled, the girl realized she had to make soup, but, well, she hadn’t been listening carefully—she’d been trying to get cel reception to send a picture of the campsite to her friend.
“Gold soup, gold soup…”
She spotted a big patch of yellow flowers. “There’s golden banner, that’s what Mom must’ve meant.”
Fortunately, her mother reappeared while she was still filling the pot.
“No! no! First, golden banner is poisonous. Second, this is a National Park and you can’t gather plants. Third, don’t you see, for the gold soup I set out those 24 carrots!” 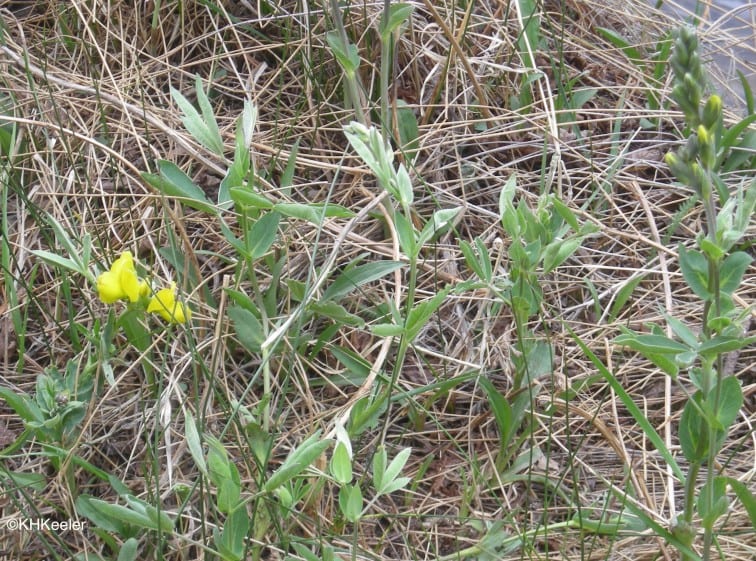 golden banner, Thermopsis montana, which can form much more dramatic stands than this one. link

5> Did you see a mountain lion in the park?

Not a mountain lion, but there was a dandy lion on the mountain 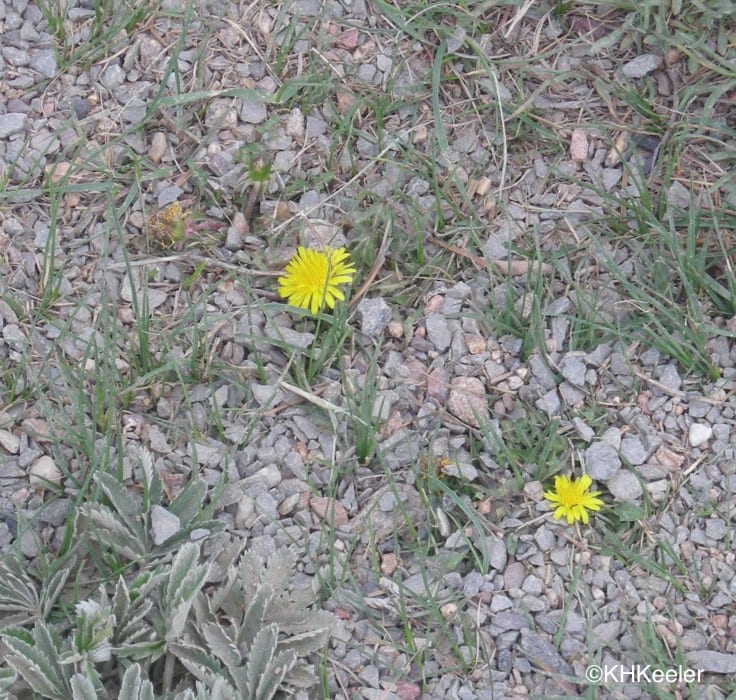 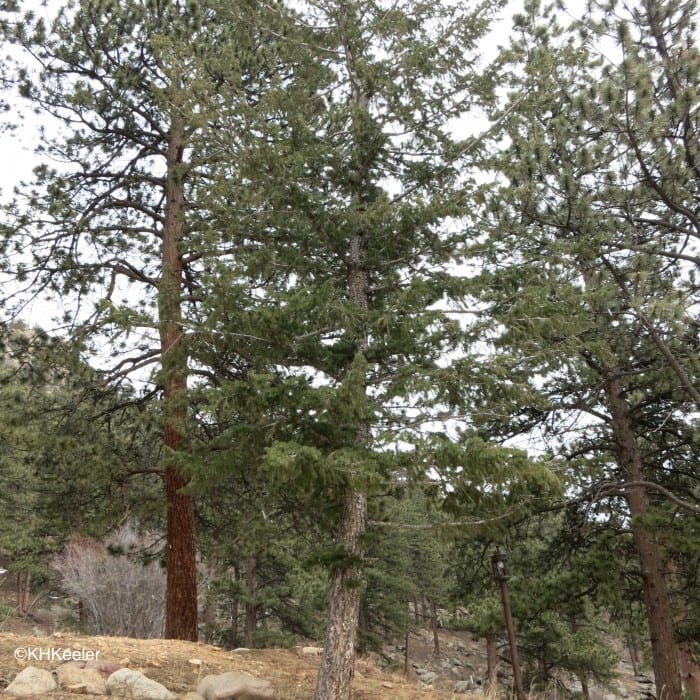 6> Park Warning: What is green, fuzzy and if it fell out of a tree it could kill you?